Natural gas is safe, reliable, economical and it’s an essential part of DTE’s energy mix. DTE delivers natural gas to 1.2 million Michigan families in more than 500 communities. In the United States, natural gas accounts for nearly one-fourth of all of the energy used.

As DTE looks to the future, it plans to invest in its natural gas infrastructure, maintaining the safety and reliability of its system, while keeping prices affordable for residential and business customers.
What Is Natural Gas?
Natural gas is a combustible, gaseous mixture of simple hydrocarbon compounds that is usually found deep inside underground reservoirs formed by porous rock. It’s a fossil fuel composed almost entirely of methane, although it does contain small amounts of other gases.

Natural gas is delivered to about 175 million American consumers throughout a 1.3 million-mile network of underground pipeline. A total of 285,000 natural gas wells, 125 natural gas pipeline companies and more than 1,200 gas distribution companies provide gas service to all 50 states. From its source at a wellhead, natural gas goes through a series of production, transmission and distribution processes en route to its final use at homes or businesses. 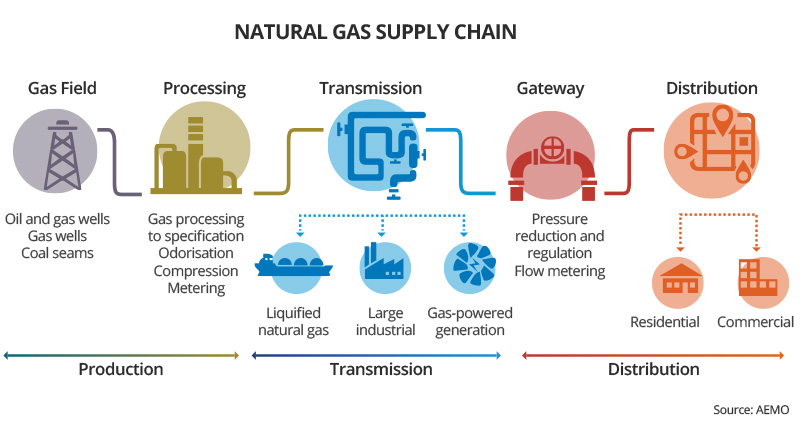 A Cost-Cutting Choice
On average, natural gas is half to one-third the cost of other fuel sources. It’s less than half the price of propane, so you’ll save money if you make the switch.
Clean-Burning
Natural gas is the most environmentally friendly fossil fuel. It burns cleaner than other fuel sources, with fewer pollutants and no mercury.
Made in the USA
Eighty-five percent of the natural gas consumed in the United States is produced right here in the United States. Supplies are abundant and provide the country’s best energy value. In fact, Michigan has one of the largest natural gas deposits in the country, enabling DTE to deliver clean, homegrown, affordable energy to residents.
Easy to Extract
Natural gas production doesn’t disturb the surrounding area as it’s extracted. Sites are quickly restored to their original state once production ends.
Building a Smarter Energy Infrastructure
Over the next decade, DTE plans to retire older, less efficient coal plants and build new, cleaner natural gas power plants, continuing its focus on energy efficiency. Natural gas from DTE is an economical energy source that keeps bills low, rooms warm and customers happy.